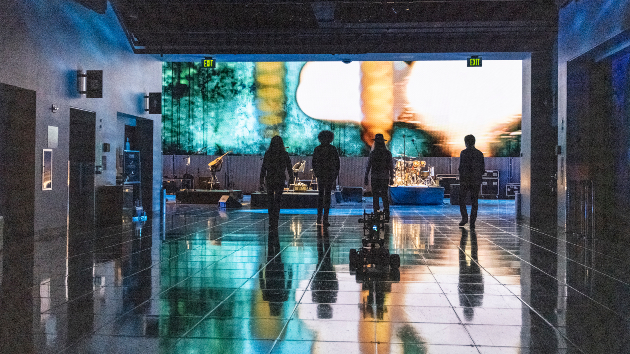 Alice in Chains will be honored Tuesday night with the Founders Award, an annual accolade given out by the Museum of Pop Culture in the band’s hometown of Seattle.

Speaking with ABC Audio, Alice vocalist William DuVall calls the lineup “amazing…under any circumstances,” but given the ongoing COVID-19 pandemic, such an outpouring of love feels “all that much more extraordinary and all that much humbling.”

“We’re just so gratified by it,” he says.

As for what everyone will be performing, even the Alice in Chains members don’t know. In fact, they purposely avoided the whole song selection process.

“We just want to be surprised,” says bassist Mike Inez. “We’ll be watching a lot of it for the first time just like everybody else.”

The lineup also includes Lily Cornell Silver, the daughter of longtime AiC manager Susan Silver and the late Chris Cornell, who will be making her debut musical performance during the ceremony.

“She [has] a really nice voice, and beautiful tone…like her dad,” DuVall says. “Not that she sounds like him, but she has an innate sense of how to get a song across.”

“She’s family,” Inez adds of Lily. “We helped raise that girl. She was the flower girl at my wedding. Now she’s all grown up and just sounds amazing.”

The 2020 Founders Award will stream via the Museum of Pop Culture’s Facebook page, and the Amazon Music Twitch channel.