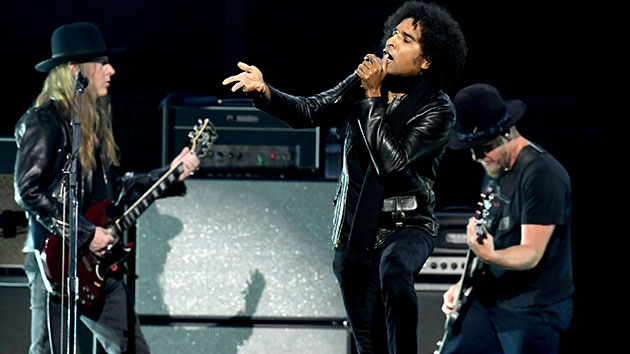 This Saturday marks the two-year anniversary of the star-studded Chris Cornell tribute show. The epic concert, which took place January 16, 2019, honored the late Soundgarden frontman with performances by everyone from Foo Fighters and Metallica to Miley Cyrus and Maroon 5‘s Adam Levine.

That range of performers is one of the things that sticks out to Alice in Chains vocalist William DuVall, who joined Cornell’s Temple of the Dog band mates for a rendition of Soundgarden’s “Hunted Down” during the show.

“Greatness is greatness, and everyone recognized Cornell’s greatness,” DuVall tells ABC Audio. “I mean, you had pop stars showing up to that thing.”

More than the performances, though, DuVall and Alice in Chains bassist Mike Inez mainly recall the emotion of that night.

“That was a hard night, that night, though, man,” Inez says. DuVall adds that the whole experience felt “surreal.”

“You’re glad to be a part of it from the standpoint of getting to pay your respects, ” DuVall explains. “But every time you really remember why you’re there, it was sort of crushing.”

Still, the concert was filled with instantly legendary renditions of some of Cornell’s most beloved songs, including Cyrus’ take on Temple of the Dog’s “Say Hello 2 Heaven,” and an all-star version of Soundgarden’s “Black Hole Sun,” featuring Brandi Carlile and Peter Frampton.

“It would’ve been one of the greatest nights ever if Chris was there,” Inez says. “He was the only one missing, you know?”

Nirvana’s debut ‘Bleach’ to be reissued on limited-edition cassette

Non-Green Day band The Network performing on ‘Fallon’ this week

Courtney Love left acting due to “a bunch of #MeToos”