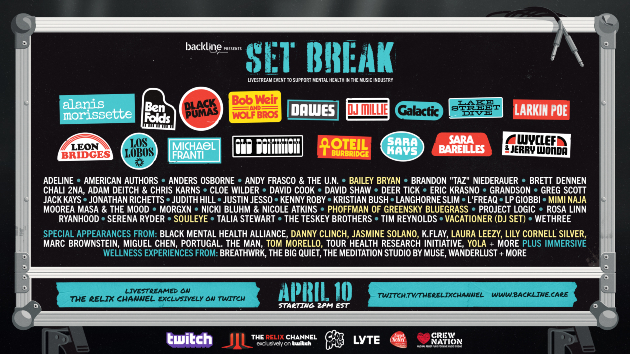 The virtual event airs April 10 via Twitch and is hosted by Backline, an organization that works to connect musicians and music industry professionals with mental health resources. Silver and Morello are among a variety of artists who will make special appearances during the presentation.

Set Break also is scheduled to feature performances by The Grateful Dead‘s Bob Weir and his side group Wolf Bros, Los Lobos, Alanis Morissette, former Allman Brothers Band bassist Oteil Burbridge — who currently plays with Weir in Dead & Company — and dozens of others.