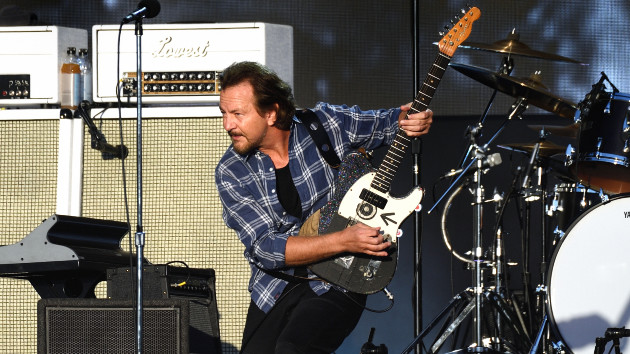 Eddie Vedder has released a cover of “Long Shadow,” a song by late Clash icon Joe Strummer and his backing band The Mescaleros.

The Pearl Jam frontman recorded the track in honor of what would have been Strummer’s 70th birthday this Sunday, August 21.

The original “Long Shadow” was included on the 2003 Mescaleros album Streetcore, which was released a year after Strummer’s death in 2002.

“I just think that what Joe did with The Mescaleros and those records, and those songs, and those words, it was a very communal sound,” Vedder says. “I think when you have a communal sound, the listener feels like they can be part of that community.”

As previously reported, in commemoration of Strummer’s milestone birthday, a box set collecting all of his work with The Mescaleros will be released on September 16.

Go on an “emotional journey” through the life of a metal icon with ‘Dio: Dreamers Never Die’ documentary

Tony Iommi teams up with Epiphone for new signature guitar