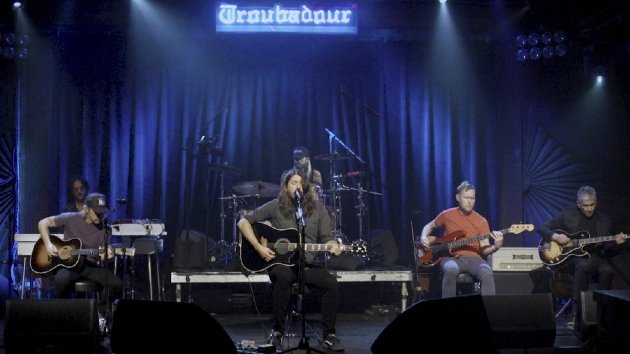 Prepare yourself for another fresh tune from Foo Fighters.

Dave Grohl and company plan to drop a new song called “Waiting on a War” this Thursday, January 14. In a Twitter thread about the track, Grohl says, “As a child growing up in the suburbs of Washington, D.C., I was always afraid of war.”

“I had nightmares of missiles in the sky and soldiers in my backyard, most likely brought upon by the political tension of the early 1980’s and my proximity to the Nation’s Capitol,” he explains. “My youth was spent under the dark cloud of a hopeless future.”

“Waiting on a War” will be the third song released from the upcoming Foo Fighters album Medicine at Midnight, following “No Son of Mine” and lead single “Shame Shame.” The whole record is due out February 5.

In related news, the Foos have confirmed the details of their previously teased signature sake collaboration with Japanese brewery Tatenokawa. The beverage will be available starting February 5 to coincide with the Medicine at Midnight release date.