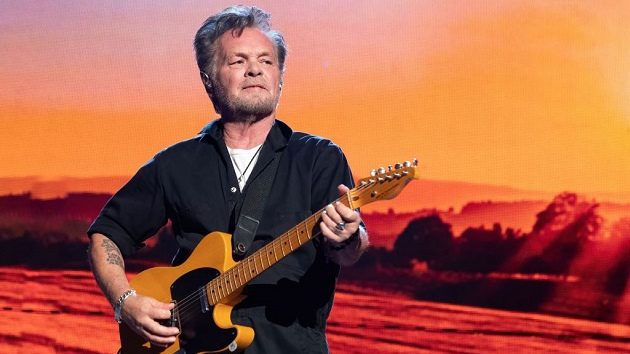 John Mellencamp has announced plans for an extensive North American trek dubbed the Live and In Person 2023 tour, which is scheduled to get underway this February.

The outing, which features 76 dates, is slated to run from a February 5-6 engagement in Bloomington, Indiana through a June 23-24 stand in South Bend, Indiana. The tour will also make multiple night stops in a variety of other major cities, including New York City, Chicago, Vancouver, Nashville, Minneapolis, San Francisco, Las Vegas, Milwaukee, Cincinnati, Pittsburgh, Cleveland and more.

Limited VIP packages offering premium seats and a collection of Mellencamp merch will go on sale this Tuesday.

The singer/songwriter revealed his tour plans Thursday at the Rock & Roll Hall of Fame in Cleveland during an event that celebrated the opening of a permanent exhibit dubbed “Legends of Rock: John Mellencamp.”

Mellencamp, who’s a 2008 Rock Hall inductee, gave a special performance and took part in a Q&A during the event.

As previously reported, the “Legends of Rock: John Mellencamp” exhibit features such memorabilia as the 1976 Fender Telecaster guitar he played onstage extensively starting in 1981, a guitar that David Bowie gifted him and a new original oil painting.