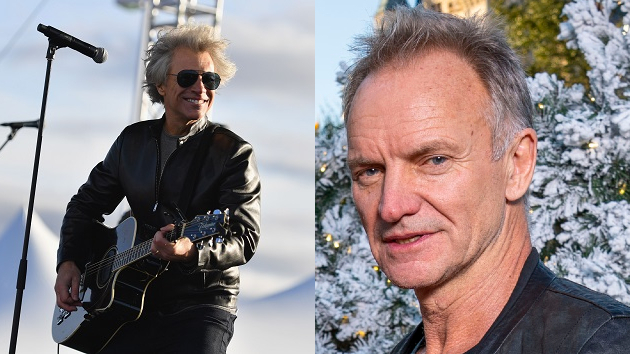 COVID-19 has canceled most New Year’s Eve concerts, but you’ll still be able to see some of your favorite artists perform Thursday night on select TV specials and streaming events.

Among the veteran stars who are performing this evening at various events are Jon Bon Jovi, Sting, Green Day, KISS, ZZ Top‘s Billy Gibbons and The Grateful Dead‘s Bob Weir.

Bon Jovi is one of the artists set to perform on CNN’s New Year’s Eve, hosted by Anderson Cooper and Andy Cohen. Other performers include John Mayer, Jimmy Buffett, Patti LaBelle, Goo Goo Dolls, Kylie Minogue and Snoop Dogg, among many others.

Sting is part of the lineup of NBC’s New Year’s Eve 2021, which Carson Daly is co-hosting. Other artists on the bill include Goo Goo Dolls, Minogue, Gwen Stefani and fiancé Blake Shelton, and other acts.

KISS will be playing a special ticketed livestream concert from Dubai dubbed, appropriately enough, KISS 2020 Goodbye. The show, which is being billed as “the largest live streaming event of the year,” promises the biggest pyro display ever.

Gibbons is presenting a virtual one-off version of the annual series of holiday concerts he plays at the famed Austin, Texas, club Antone’s called “The Jungle Show.” The ticketed streaming event will offer a recently taped concert shot at Antone’s, with Gibbons joined by his usual “Jungle Show” compadres, which include ex-Fabulous Thunderbirds guitarist Jimmie Vaughan and Double Trouble drummer Chris Layton.

Weir will play a livestreamed concert with his side group Wolf Bros and other guest musicians at his TRI Studios in San Rafael, California.