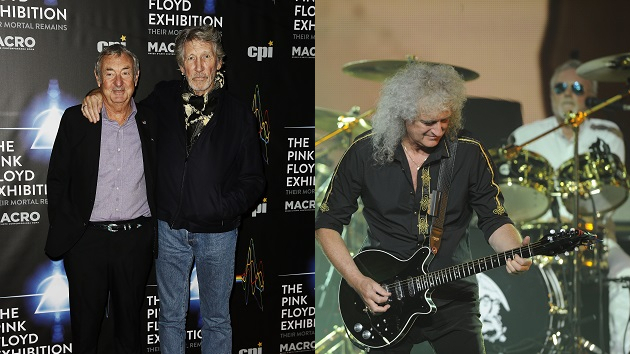 More than 100 U.K. musicians, including members of Pink Floyd, Queen, The Who and Led Zeppelin, have signed an open letter accusing the British government of making it much harder for them to tour in the wake of Brexit.

The letter, published by U.K. paper The Times, states that “British musicians, dancers, actors and their support staff have been shamefully failed by their government…everyone on a European music tour will now need costly work permits and a mountain of paperwork for their equipment.”

As a result of the Brexit negotiations, musicians who used to move freely between countries during tours now need separate visas for each of the 27 European Union countries, and separate $478 permits for instruments and equipment.

In addition, trucks carrying equipment are only allowed to visit three cities per trip to the E.U. — which certainly puts a damper on any artist’s planned European tour.

“The extra costs will make many tours unviable, especially for young emerging musicians who are already struggling to keep their heads above water owing to the COVID ban on live music,” the letter reads. “This negotiating failure will tip many performers over the edge.”

The letter demands that the government “negotiate paperwork-free travel in Europe for British artists and their equipment.”

Today, Wednesday, the U.K. Culture Secretary Oliver Dowden is set to meet with representatives of the cultural and creative industries to discuss the issue.

Foo Fighters react to Rock Hall induction: “The guitar player from The Germs is in the Rock & Roll Hall of Fame!”

Songs by ZZ Top, The Eagles & Boston featured on The Rock’s workout playlist

Strands of Kurt Cobain’s hair are going up for auction