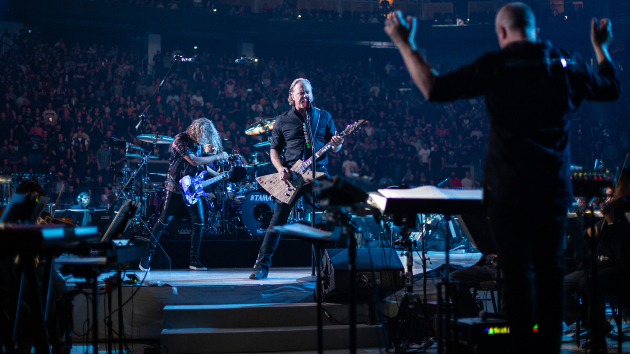 Metallica‘s S&M2 concert film will be airing on PBS tonight at 9 p.m. ET.

The performance was recorded during the metal legends’ two shows accompanied by the San Francisco Symphony in September 2019.

Check PBS.org or your local listings for the full airing schedule.

S&M2 originally premiered in theaters in October 2019. This past August, Metallica released the S&M2 live album.

Pearl Jam is the top streaming concert artist of the pandemic, according to Bandsintown survey