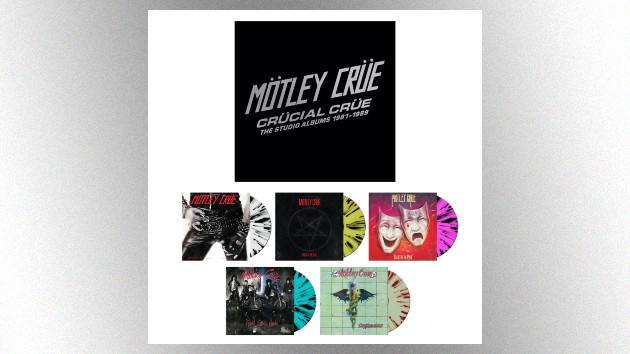 Mötley Crüe has announced a new box set collecting each of the band’s first five albums.

Dubbed Crücial Crüe: The Studio Albums 1981-1989, the package will arrive on February 17, 2023, and will be available in five-LP and five-CD configurations, each of which is limited to just 10,000 copies.

Mötley Crüe spent their 2022 on their reunion Stadium Tour alongside Def Leppard, Poison and Joan Jett & the Blackhearts. They’ll link back up with Def Leppard for an international tour in 2023, though they’ll do so without guitarist Mick Mars, who’s retired from the road. Rob Zombie guitarist John 5 will fill in for Mars.