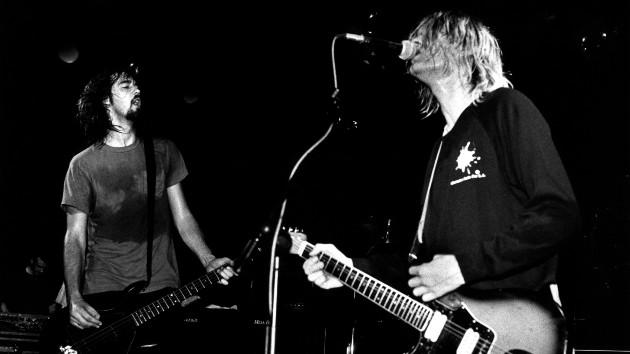 Photos from a 1991 gig Nirvana played six days after the release of Nevermind are being turned into NFTs, with some of the proceeds from their auction going to charity.

Forbes reports that the pictures were taken at J.C. Dobbs in Philadelphia on October 1 by photographer Faith West, as the band played to about 150 people.  To mark what would have been Kurt Cobain‘s 55th birthday, the NFTs are going up for auction on February 20 via Pop Legendz, a website West founded, and the NFT platform Rarible.

There are four unique NFTs created from 10 never-before-seen images, and bidding starts at 67 Ethereum, a digital currency, which is worth about $250,000.  Each buyer will also get a fine-art print of one of the images, signed by the photographer.  The 10 images are also being auctioned off individually as NFTs, in both black-and-white and color versions.

A second tier will allow 200 Nirvana fans to buy 14 artworks that have been created from three of the images, for $499. 100 copies each of 21 still images will be sold for $99 each.  You can buy those with either Ethereum or a credit card.

According to the Pop Legendz site, half of the auction’s proceeds will benefit The Trevor Project, which works to prevent suicide among at-risk LGBTQ+ youth.  Additionally, a portion of the other half of the proceeds will go to Grid Alternatives, which brings solar power to working poor families.

Deluxe reissue of Queen guitarist Brian May’s second solo album, Another World, due out in April