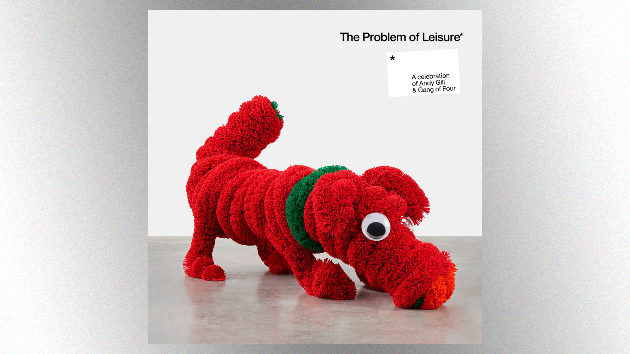 Red Hot Chili Peppers bassist Flea and returning guitarist John Frusciante play together on a song for The Problem of Leisure, an upcoming tribute album to late Gang of Four frontman Andy Gill.

The duo recorded a version of the influential U.K. post-punk band’s song “Not Great Men.” You can hear it when The Problem of Leisure is released on May 14.

The Problem of Leisure also includes the previously released cover of Gang of Four’s “Natural’s Not in It,” recorded by Rage Against the Machine‘s Tom Morello and System of a Down‘s Serj Tankian. Other artists who will be featured on the The Problem of Leisure include longtime David Bowie bassist and backing vocalist Gail Ann Dorsey, Helmet, Killing Joke and New Wave veteran Gary Numan. The album can be pre-ordered now.

Back to the Chili Peppers, you may recall that Frusciante rejoined the band back at the end of 2019 with the intention of going on tour and recording a new album. Of course, those plans were put on hold due to the COVID-19 pandemic.

Here’s the full track list of the CD version of The Problem of Leisure:

CD One
“Damaged Goods” — IDLES
“Natural’s Not in It” — Tom Morello & Serj Tankian
“In the Ditch” — Helmet
“Where the Nightingale Sings” — 3D* x Gang of Four featuring Nova Twins
“To Hell with Poverty” — Hotei
“Love Like Anthrax” — Gary Numan
“We Live as We Dream, Alone” — Gail Ann Dorsey
“I Love a Man in a Uniform” — Herbert Grönemeyer featuring Alex Silva
“Not Great Men” — LoneLady
“5.45” — JJ Sterry

* = 3D is the remix name of Robert Del Naja from Massive Attack
** = “Last Mile” is the new title for this cover of “Broken Talk,” reflecting new lyrics sung in Mandarin by Hardcore Raver in Tears