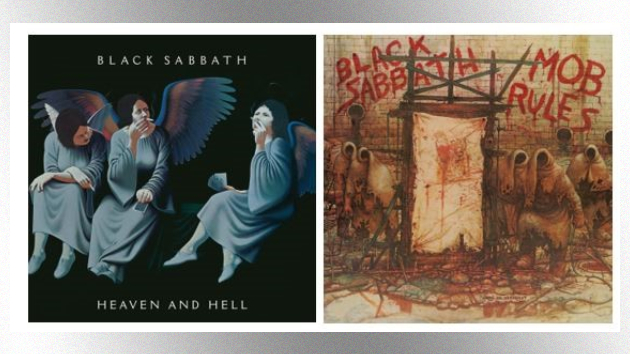 Dio had joined Sabbath in place of Ozzy Osbourne, who was fired from the group in 1979. While Osbourne’s vocals perfectly reflected humanity’s darkness in songs including “Iron Man,” “War Pigs” and “Paranoid,” Dio’s brought a more fantastical aspect to Sabbath with a voice that sounded like it came from a world of elves and fairies.

“It was more mystical,” guitarist Tony Iommi says of Dio’s vocals. “Definitely a different approach altogether into the mystical side of it, absolutely.”

“With Ronnie, I could actually sit down and we could exchange ideas, ’cause Ronnie also was a musician,” he continues. “That’s no disrespect to Ozzy, ’cause it was great what he had done. But, it was just two different ways.”

Dio left Sabbath after Mob Rules to form his namesake band, but returned in the early ’90s. In 2006, Dio and Iommi formed the band Heaven & Hell with bassist Geezer Butler and Mob Rules drummer Vinny Appice. The group put out one album, and toured up until Dio’s untimely death in 2010.

“I think we probably would have done another album and more touring,” he says.