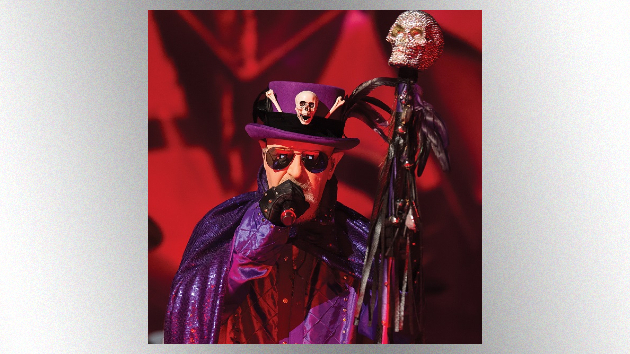 After it was postponed last year because of the COVID-19 pandemic, Judas Priest‘s 50 Heavy Metal Years tour finally kicked off last week in Pennsylvania.

Frontman Rob Halford tells ABC Audio that fans who come to see Judas Priest will be treated to a special concert celebrating the band’s 50th anniversary.

“It’s glorious,” Halford declares. “It’s just a great night out of nostalgia, and something that will live with you forever once you’ve experienced this show.”

Describing the concert, the 70-year-old rocker notes, “[We] give you a timeline celebration of the 50 heavy metal years of Judas Priest, beginning with a really special part…where we play the title track of [our debut album]…Rocka Rolla.”

He adds that the concert also features “other songs that we’ve not played in the longest time, [and a] couple…that we’ve not done before.”

Halford also notes that Judas Priest will change up the set list throughout the tour.

“[There are] lights, costumes, a gigantic inflatable Birmingham bull,” Halford notes. “We’re taking you into the metal heart [of]…the factory environment, because as kids…we were surrounded by heavy industry — the steelworks, the metal factories and so on. So we’re bringing that onto the stage.”

Longtime Judas Priest guitarist Glenn Tipton retired from full-time touring in 2018 after announcing that he’d been diagnosed with Parkinson’s disease, although he did appear as a special guest at many shows on the group’s 2018 tour.