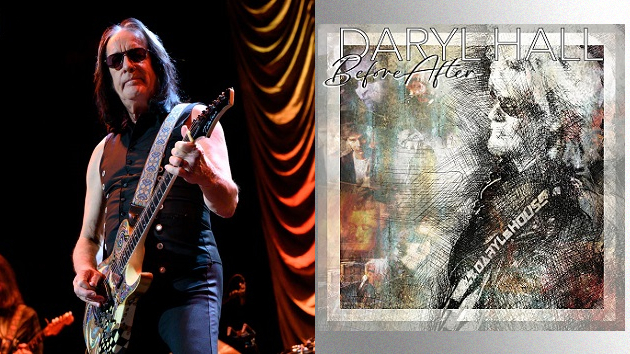 Todd Rundgren will join forces with fellow Philadelphia-area native and Rock & Roll Hall of Famer Daryl Hall for a series of eight U.S. concerts in April that will help promote the Hall & Oates singer’s first-ever solo best-of compilation, BeforeAfter, which will be released on April 1.

The  eight-date trek runs from an April 1 concert in Chicago through an April 16 show in National Harbor, Maryland, and includes stops at Nashville’s Ryman Auditorium and New York City’s Carnegie Hall on April 5 and April 14, respectively.

Rundgren will appear on one track on BeforeAfter, a 30-track collection that features selections from all five of Hall’s solo studio albums, as well as eight performances from his acclaimed TV/web series Live from Daryl’s House, six of which are previously unreleased.

Todd is featured on one of the Live from Daryl House performances — a version of his own “Can We Still Be Friends.”

“I picked this collection of songs from my solo albums because I feel they encapsulate certain periods of my career,” says Hall. “It also shows the diversity of working with collaborators like Robert Fripp or Dave Stewart. And, having some tracks from [Live from Daryl’s House] on it…really makes the compilation complete.”

BeforeAfter can be pre-ordered now.

Deluxe reissue of Queen guitarist Brian May’s second solo album, Another World, due out in April

Dave Grohl recalls first meeting with Mark Lanegan: “There was nobody like him”