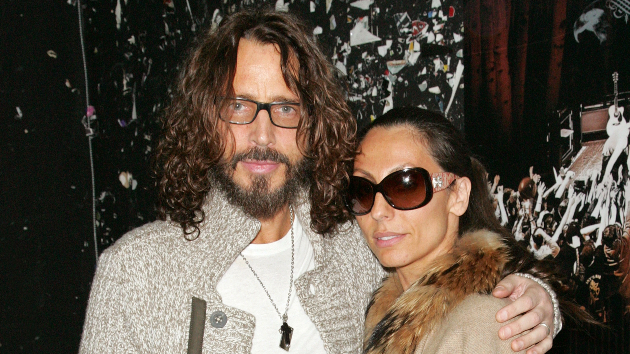 Vicky Cornell, the widow of the late Chris Cornell, is suing Soundgarden over a buyout offer from the band.

According to documents filed earlier this week, the surviving members of the “Black Hole Sun” band offered Vicky less $300,000 for Chris’ share in the group. In her suit, Vicky claims that the offer is “villainously low,” and points to a previous $16 million offer for Soundgarden’s masters from an outside investor.

Vicky also claims she offered the three remaining Soundgarden members a total of $21 million for their stake in the band, which they allegedly rejected. She’s asking for a judge to conduct a valuation of Soundgarden’s assets.

In statement to TMZ, a rep for Soundgarden says, “As requested by the Estate of Chris Cornell and as required by the laws of the State of Washington, the surviving members of Soundgarden submitted to the Cornell Estate four months ago a buy-out offer of the Estate’s interests in Soundgarden, calculated by respected music industry valuation expert Gary Cohen.”

“[Soundgarden’s] contention that this dispute is somehow not about the money for them is absurd and hypocritical,” says Vicky’s lawyer, Marty Singer. “Of course this is about money and their greed. They received a third party offer to buy just a portion of their interests for 16 million dollars, and yet subsequently offered to buy out Chris’ interest for a mere $278,000.”

“Then Vicky offered $21 million for their shares, which they turned down,” Singer continues. “Not because they wanted to preserve their life’s work but because they know that they will make even more off of future exploitation of the music that Chris wrote and the legacy that he created (which has lined their pockets for years).”

Vicky first sued Soundgarden in December 2019 over the rights to seven unreleased recordings, which she claims were “solely authored” by Chris. Soundgarden then claimed they had rightful ownership of the recordings, and issued a counter-suit, alleging that Vicky had misused charity funds raised from the Chris Cornell memorial show in 2019. That claim was later dropped, though the suit over the recordings continues.

Last December, the Cornell Estate released a new album called No One Sings Like You Anymore, a collection of covers Chris had recorded in 2016 prior to his 2017 death.

Alice in Chains members reflect on Chris Cornell memorial concert: “That was a hard night”

‘No One Sings Like You Anymore’: New, posthumous Chris Cornell covers album out now