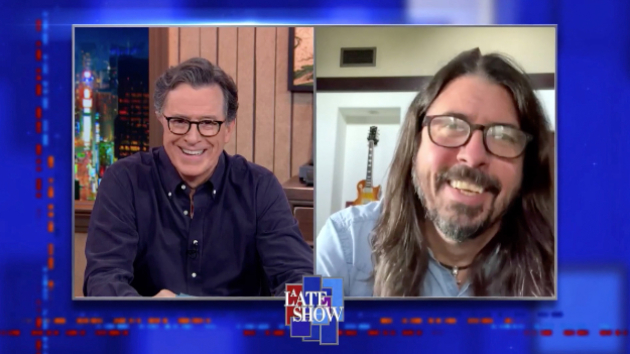 The group played the song, the lead single from their upcoming album, Medicine at Midnight, on the Stephen Colbert-hosted program last night. You can watch the performance streaming now on YouTube.

Colbert also interviewed frontman Dave Grohl about recording Medicine at Midnight in a haunted house, and the Foos’ scrapped 2020 plans, which included a customized Coors Light can to celebrate the band’s 25th anniversary.

Additionally, Grohl spoke about his viral drum battle with the 10-year-old musical prodigy Nandi Bushell, and named her the official winner of the contest.

“Sometimes you just have to concede defeat,” Grohl said, which almost certainly doesn’t also refer to anything else going on the country right now.

Medicine at Midnight, the 10th Foo Fighters studio album, will be released February 5, 2021. It’s the follow-up to 2017’s Concrete and Gold.