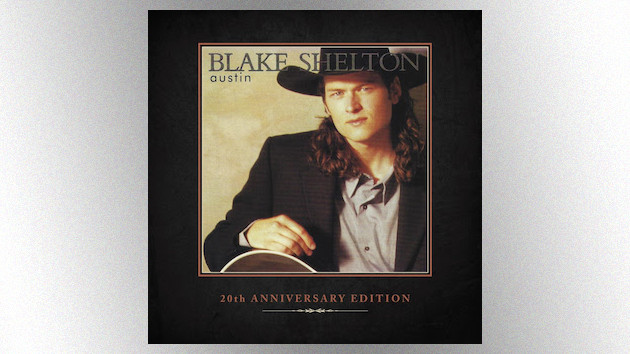 Next month marks the 20th anniversary of the release of “Austin,” Blake Shelton’s debut single, which also became his first chart-topping country hit.

To celebrate, the singer is releasing a commemorative vinyl version of the song, featuring an updated version of the same cover art used for the original release. The vinyl will also include the single’s original B-side track, “Problems at Home.”

You can order the anniversary vinyl edition beginning April 16, which is the exact date that Blake first shared “Austin” with the world back in 2001.

“I remember the first time I heard ‘Austin’ on the radio,” Blake recalls. “I was driving on 440, and I kept looking to both sides trying to see if other drivers were singing along!…This song started it all for me. I couldn’t be prouder to celebrate its 20th anniversary.”

The years that have elapsed since “Austin” have been memorable ones for the singer, who’s amassed a slew of hit songs, awards show trophies and more. His newest single, “Minimum Wage,” is a top-30 hit and climbing.