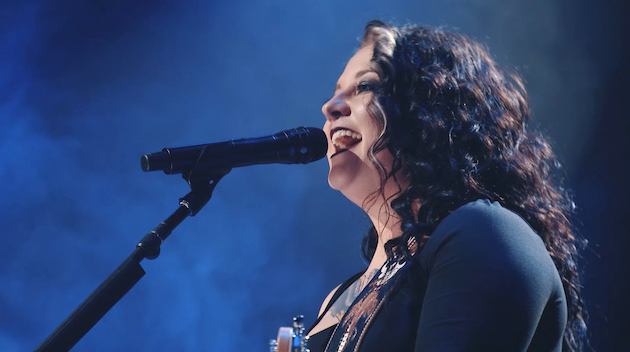 Ashley McBryde is set to make her debut on CBS’ The Late Show With Stephen Colbert on Friday, and she’s planning to perform a powerful ballad for the very first time on live television.

That song is “Sparrow,” a stirring and intimate album cut off of Ashley’s 2020 record, Never Will. The song is a reflection on the trade-offs a person makes when they decide to pursue music for a living.

Being away from family and friends so much is a hard price to pay for success, the singer admitted to the Tennesseean last year.

She explained, “What nobody warned me about was that I’d be sitting in a plane, having been alone for weeks, just getting on planes and visiting radio stations…I thought, ‘Man, I’m higher, success-wise, than I’ve ever been, and I’m the loneliest I have ever been.’”

Ashley continued, “It’s a trade, and thank God nobody warns you, because you might not do it if they told you what the trade-off is.”

Ashley’s Colbert stop comes just two days before the 2021 ACM Awards, where she’ll be performing her current single, “Martha Divine.” She’s also nominated for three trophies that night, including Album of the Year for Never Will.

Midland to head out on The Last Resort Tour this fall

‘One on One’: Gary LeVox reveals duet-packed Christian EP for release this spring