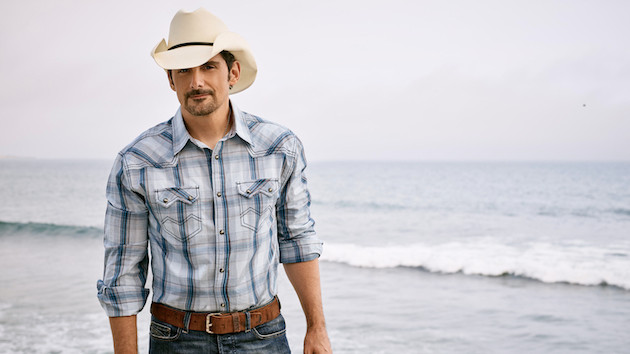 Back in early 2020, Brad Paisley and his wife, Kimberly Williams-Paisley, co-founded their free grocery store where those in need can shop with dignity.

The nonprofit, called The Store, opened just before the COVID-19 pandemic hit, and since then, Brad says it’s made him feel less helpless during what quickly became a tumultuous year for many Americans.

Now, about a year after The Store first opened its doors, Brad stopped by ABC’s The View to discuss his free grocery nonprofit’s continuing impact and share how it got its name in the first place.

“It gives people the dignity of choice,” the singer explains. “They get to come in, as opposed to a handout, they have a shopping experience. Their kids feel normal. It’s called The Store so that they can say, very simply, ‘Hey, we’re going to The Store,’ and the kids in the shopping cart feel like everything’s fine. The difference being, when they go through and check out, they don’t pay for anything.”

When The Store opened its doors last year, Brad goes on to say, they couldn’t have predicted the demand caused by the pandemic.

In musical news, Brad recently shared his next single, “Off Road.” He’s also a guest vocalist on Jimmie Allen’s latest submission to country radio, “Freedom Was a Highway.”