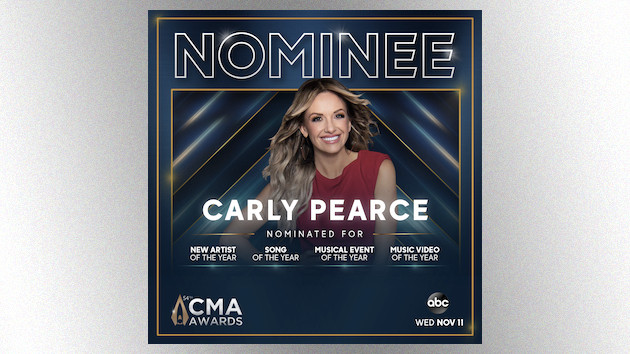 The 2020 CMA Awards ceremony may not be kicking off until tonight, but Carly Pearce, Lee Brice and Miranda Lambert are already winners at this year’s show.

Carly and Lee are taking home the trophy of CMA Musical Event of the Year for their hit duet, “I Hope You’re Happy Now.” Carly released the song, which she co-wrote with Luke Combs, last fall as the lead single off her self-titled sophomore project, which came out in February.  Producer busbee is also the recipient of the award. Busbee unexpectedly died of brain cancer last September at just 43 years old. Carly has since revealed that her self-titled album was the last full project on which busbee worked before his death.

“I Hope You’re Happy Now” became a chart-topping hit at country radio, and Lee’s such a fan of it that he included it on the track list of his next album, Hey World. That project’s due out on November 20.

For her part, Miranda is celebrating a victory in the Music Video of the Year category. That win comes courtesy of her hit, “Bluebird.” The trophy also goes to the video’s director, Trey Fanjoy.

“Bluebird” comes off Miranda’s seventh studio album, Wildcard, which dropped last November. It was the second single from the project to head to country radio, and scored the singer her first number-one hit in six years.