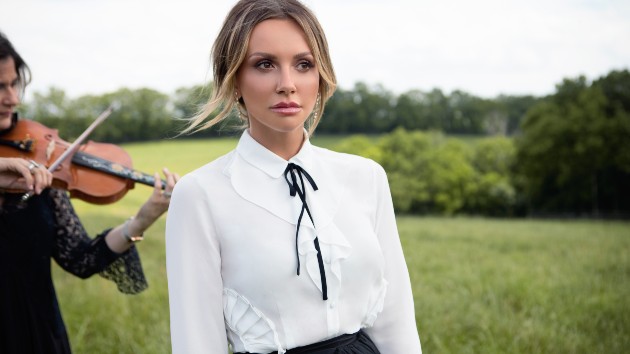 When Carly Pearce had the idea to tell her truth in the song, “29,” she had no idea that it would become the launching pad for her next album. Carly wrote the song with Shane McAnally and Josh Osborne, even though at the time she wasn’t sure if anyone would ever hear it.

“I remember when that song was written, being almost fearful that there was no way anybody would ever let me put that song out,” Carly says in an interview held at the Grammy Museum. “And I remember when people first heard it, even some of my band members, when I first played it for them, there was kind of like [a gasp].”

It’s the opening line of the chorus, which calls 29 as the age that she got married and divorced, that became the pivotal moment of the song.

“There’s kind of like that pause,” Pearce says. “All these things that were my reality of owning my story. And I feel like I’m the most proud of that song because that song opened my heart wide open to create the rest.”

29: Written in Stone is out on Friday.

Tenille Arts felt “a lot of pressure” with the follow-up single to her hit debut, “Somebody Like That”

Carrie Underwood reveals what she wouldn’t put up with from her husband, “If I Didn’t Love You”