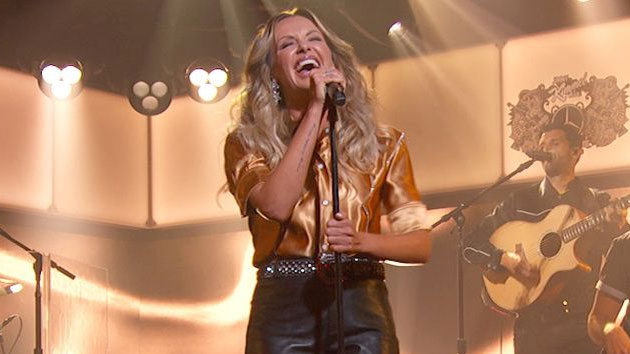 Carly Pearce got really, really personal on all of the songs from her latest album, 29: Written in Stone, including her “Never Wanted to Be That Girl” duet with Ashley McBryde.

Carly, who says Ashley is one of only two of her artist friends that she wanted to write with — the other being Luke Combs, with whom she wrote “I Hope You’re Happy Now”– hoped that Ashley would also want to write a duet, on on which they would both sing together.

“I was hoping that she would want to write a duet,” Carly tells Country Now. “We had this honest conversation about ‘Where else could we go? What was the perspective that hadn’t really been talked about?’ I think that the sad truth is that no woman wants to find themselves in this situation.”

Carly adds, “No matter if you’re the mistress or the wife…I think this is the realization that they are having the exact same feeling in real-time about being burned by the same man, even though they are both innocent.”

“One of my favorite tour moments ever”: Kelsea Ballerini reflects on “I Quit Drinking” performance with LANY singer