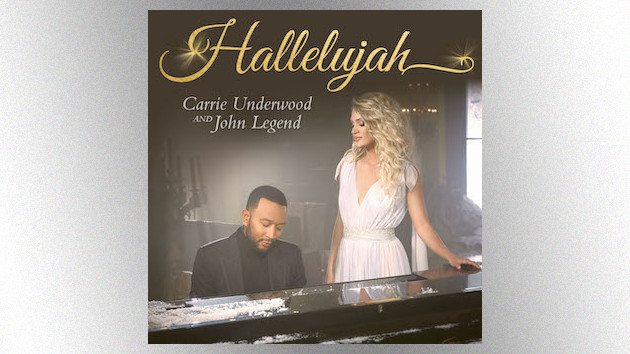 The song ascended to the top spot on the chart dated December 26, marking John’s first-ever number-one on the Hot Christian Songs ranking. That’s an extra-special milestone, since he co-wrote “Hallelujah.”

Meanwhile, it’s Carrie’s third time topping the chart, and with her newest success, she’s replacing another song of hers. As “Hallelujah” ascends to the top, it’s succeeding the singer’s 2020 holiday release, “Favorite Time of Year,” which spent two weeks at the top of the Hot Christian Songs chart and is a bonus track on My Gift.

Carrie’s hot streak on the chart marks the first time a female artist has ever replaced herself at the top of the Hot Christian Songs tally. In fact, besides Carrie, only one other artist has ever accomplished that feat in the chart’s 17-year history. Singer-songwriter and The Voice alum Jordan Smith first pulled it off when he swapped out his “Great is Thy Faithfulness” for “Hallelujah” — no relation to Carrie’s current hit — in December of 2015.