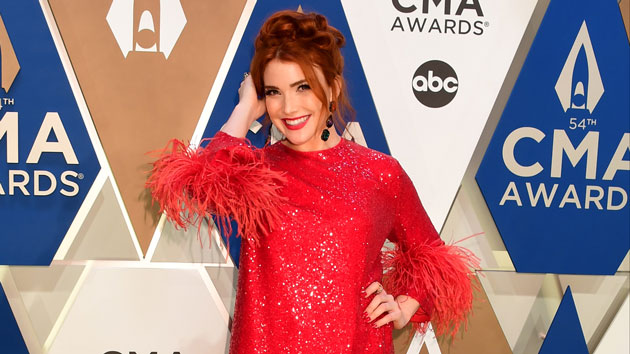 Rising star Caylee Hammack calls back to her love of 90s rock group Everclear in the video for her current single, “Just Friends.”

Everclear frontman Art Alexakis cameos in the video, with Caylee sharing with Billboard that the band’s 1997 album, So Much for the Afterglow, “really shaped me” — especially the song “I Will Buy You a New Life,” which heavily inspired “Just Friends.”

The two connected after Caylee professed to guitarist Steve Wilson, a mutual friend, that she was a massive Everclear fan.

“Considering ‘Just Friends’ partly came from a Everclear binge during a breakup, I dream[ed] that Art Alexakis could star as a…mystery character in the music video,” Caylee says.

She adds, “‘I Will Buy You a New Life’ was one of the first songs and music videos that stuck in my head as a kid. I knew I had to reference that in someway.  Then the idea popped in my head to just ask [for] [Art’s] number [from] of a mutual friend and call him. I’m glad I did. He is a wonderful creator and even better human.”

In the video, Caylee auditions for Art; at the end, the tables turn and she’s the one judging him.  Caylee and her band also appear in black suits and ties, a nod to the original video for “I Will Buy You a New Life.”

“Just Friends” is featured on Caylee’s 2020 debut album, If It Wasn’t For You.

Trisha Yearwood’s cooking up something special for her hero, Linda Ronstadt

‘Famous Friends’: Chris Young drops the title and release date of his next album

Ahead of the CMT Awards, the Video of the Year nominees have been trimmed down to four finalists