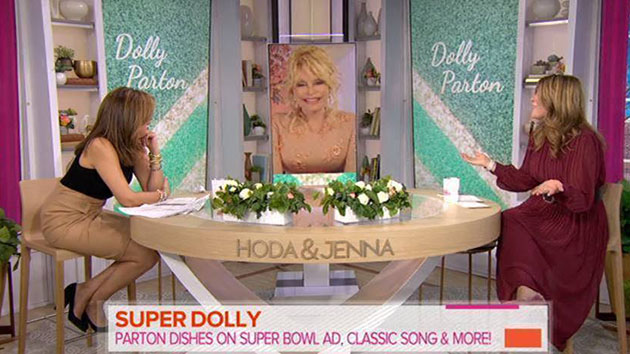 As a national treasure, it’s no surprise that Dolly Parton would be considered to receive the Presidential Medal of Freedom.  But as it turns out, she’s already been offered it, twice — and turned it down.

During an appearance on the Today show, Dolly reveals she was offered the Medal of Freedom twice by former president Donald Trump‘s administration, but wasn’t able to accept it the first time due to her husband being sick and the second time because she was unable to travel during the pandemic.

So what if she’s offered it by President Biden?  “So now, I feel like if I take it, I’ll be doing politics. So, I’m not sure,” Dolly remarks. “I don’t work for those awards. It’d be nice but I’m not sure that I ever deserve it. But that’s a nice compliment for people to think I might deserve it.”

The Presidential Medal of Freedom is the nation’s highest civilian honor and recognizes individuals of cultural significance. Past recipients include Biden, Oprah Winfrey, Rosa Parks and Mother Teresa.

In an interview on The Late Show last year, former President Barack Obama revealed that it was a “screw up” that Dolly was not awarded the Medal of Freedom during his tenure in the White House. “She deserves one, I’ll call Biden,” he said.

And yes, Dolly said she has in fact been contacted by the Biden White House about the award.

“You Got Away With It”: Brett Young previews his next chapter with a bouncy new tune

Carrie Underwood shut out of ACM Entertainer, Female Artist categories for the first time in 15 years

Blake Shelton’s first impression of Gwen Stefani? She was the rock star who drove a “black minivan”

Garth’s taking care of Trisha as she battles COVID-19