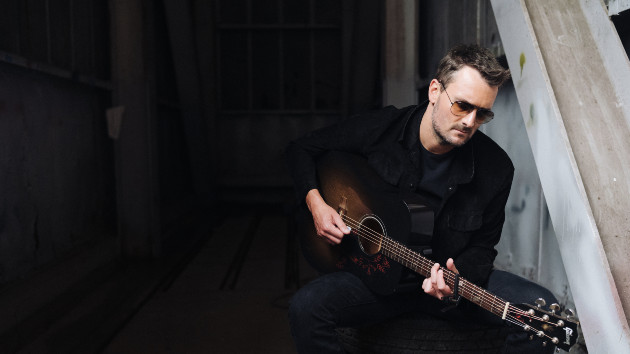 Eric Church leans into his rocker side with “Heart on Fire,” the bluesy, electrifying album-opener off his upcoming triple project, Heart & Soul.

Eric first made the song available to members of his Church Choir fan club on Thursday, then sharing “Heart on Fire” for general listening on Friday morning. Now, the singer says that his just-released song is a perfect example of the unusual album-making philosophy that he and his collaborators embraced while creating the new body of work.

“‘Heart on Fire’ is the first song on the Heart album, and normally, if we had four songs about ‘heart,’ with the way we used to do this, we’d cut three of ‘em out and we’d do one,” Eric explains. “It started to be cool that this time we could lean into that sameness and the themes where you can put the songs together and know we wrote these within this much time of each other.”

All 24 tracks on the three upcoming albums, including “Heart on Fire,” were written during a marathon destination writing and recording retreat, which found Eric and his team spending 28 days working in a makeshift studio in the mountains of North Carolina.

Fans have already heard several of the tracks off the new project, including “Through My Ray-Bans,” “Bad Mother Trucker,” “Doing Life with Me” and more.

His current single off Heart & Soul, “Hell of a View,” is nearing country radio’s top 20.

On the heels of announcing his next album, Chris Young drops fan-favorite, “Rescue Me”

‘Famous Friends’: Chris Young drops the title and release date of his next album

Dolly Parton shares new album plans: “I don’t know if it’ll be this coming year, but it’ll be soon”

Maren Morris got emotional re-listening to her debut album, ‘Hero’: “I was bawling in my car”