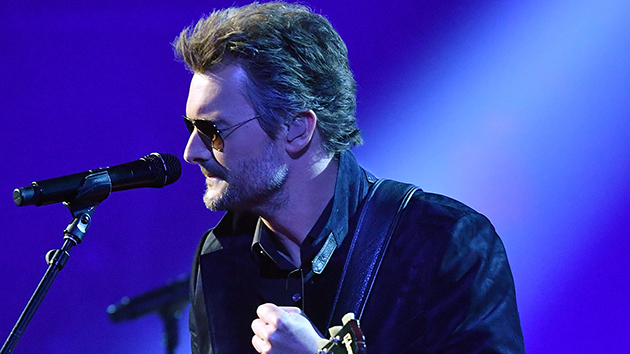 Eric Church is teaming up with R&B singer Jazmine Sullivan to perform the national anthem at the 2021 Super Bowl.

The NFL announced on Tuesday that the singers are joining forces for the first time to perform “The Star-Spangled Banner” ahead of Super Bowl LV, taking place at the Raymond James Stadium in Tampa Bay, Florida next month. Jazmine is known for hit singles “Need U Bad” and “Bust Your Windows” and has been nominated for multiple Grammy Awards.

Eric follows in the footsteps of fellow country star Luke Bryan, who performed the national anthem at the 2017 Super Bowl. Past anthem performers also include Beyoncé, Whitey Houston, Lady Gaga,Mariah Carey and more.

Additionally, R&B singer-songwriter H.E.R. will perform “America the Beautiful” during the pregame festivities.  The Weeknd will headline the Super Bowl halftime show.

GRAMMY-nominated artists @ericchurch and @jsullivanmusic will join us in Tampa Bay to sing the National Anthem at Super Bowl LV!

Tune-in on Feb 7 to the Super Bowl on CBS Kick-Off Show at 6pm ET pic.twitter.com/mh1Y8fjgpV