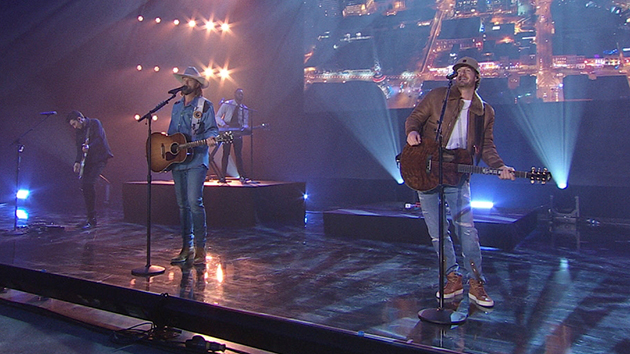 Florida Georgia Line‘s Brian Kelley has his sights set on a Nashville residency for the upcoming musical, May We All, which debuts in June 2022 at Tennessee Performing Arts Center as part of its Broadway at TPAC series.

Produced by Lively McCabe Entertainment and Kelley’s production company CuzBro Productions, May We All will also embark on a national tour from 2022-2023, following a multi-week run in Nashville.

A previously announced film adaption of May We All is also in the works.

Described as a “celebration of America’s heartland,” the stage production follows the journey of Jenna Coates, an aspiring singer who rediscovers her love for her small-town roots after she moves home following several failed attempts to launch a country music career in Nashville.

May We All features music from a variety of country artists, including Kenny Chesney, Shania Twain, Miranda Lambert, Chris Stapleton and Kacey Musgraves, along with legends Dolly Parton, Johnny Cash, Loretta Lynn and many more. FGL will also exclusively debut two original songs in the musical.

Ticket information will be available soon.

Blake Shelton is shocked when former bandmate auditions for ‘The Voice’