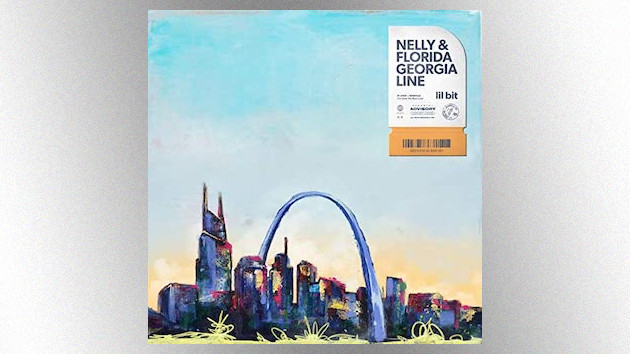 Rapper Nelly is no stranger to going country.  He of course famously teamed up with Florida George Line in 2012 for a remix of the country duo’s “Cruise,” which appears on their Here’s to the Good Times album.

Since then, Nelly and FGL have shared stages and tours together.  Now they’re joining forces once again for the release of the rapper’s new banjo-inflected banger, “Lil Bit.”

Speaking to Billboard, Nelly calls the decision to return to work with the guys of FGL a “no brainer,” adding that this song may not be the last fans see of the two acts together in the near future.

“My relationship with them is super tight,” he says. “We’ve done two tours together, we have a bunch of other tours planned, and things that we want to do…they’re family.”

The country-meets-hip-hop tune is a fun and flirty ode to new romance. The song’s lyrics even appear to name-check modern country-rap star Lil Nas X, nodding to his 2019 megahit “Old Town Road” with a line referencing a “new town road.”

Nelly also recently made another country cameo when he sang a verse on Kane Brown‘s “Cool Again” earlier this year.

Luke Bryan dances his wife’s bad mood away in a sweet new video: “We’re dancing it out”