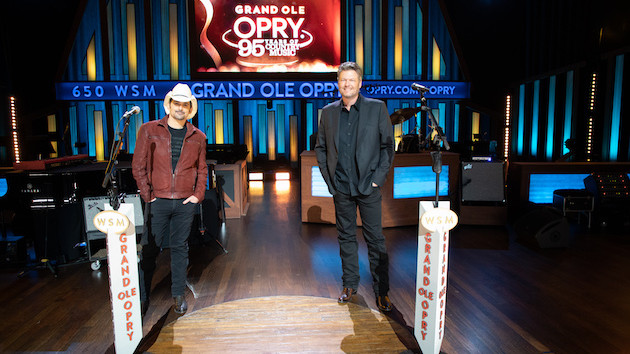 Garth Brooks, Carrie Underwood, Kane Brown and Dolly Parton are just a few of the stars performing in honor of the 95th anniversary of the Grand Ole Opry stage.

Entitled Grand Ole Opry: 95 Years of Country Music, the special event will feature a slew of performances, all of which were taped on the Grand Ole Opry House’s famous stage. Also among the list of featured artists are Little Big Town, Old Crow Medicine Show, Darius Rucker and Trisha Yearwood.

Covers, collaborations and artist tributes are on the docket, too: Kelsea Ballerini will perform “When You Say Nothing at All,” Dierks Bentley will team with Marty Stuart for a rousing rendition of “Pancho & Lefty,” and Lady A will take on Randy Travis’ classic “Forever and Ever, Amen.”

In between performances, the show will revisit historic moments from the hallowed hall, showing archival footage and rare interviews with some of the Opry’s legends. Audience members will have a chance to relive some more recent historical moments, too: During Lady A’s taping for the Opry special, for example, Darius surprised the trio by inviting them to become Opry members.

In another instance of history in the making, Kane’s performance in the special is his official Opry debut.

Brad Paisley and Blake Shelton have already been announced as the hosts for the two-hour 95th anniversary special. They will also give performances during the event.

Blake Shelton is shocked when former bandmate auditions for ‘The Voice’