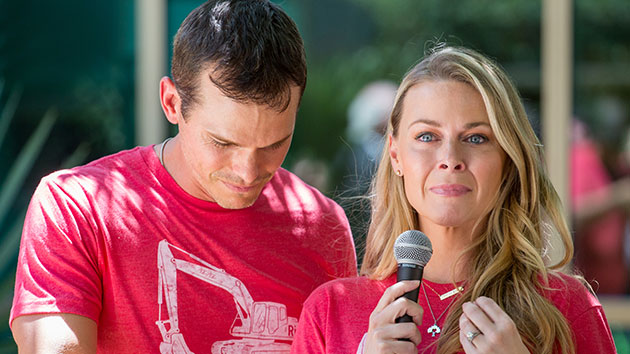 It’s been almost two years since Granger Smith and his wife, Amber, announced the tragic death of their three-year-old son, River, who died in a drowning accident at home in June of 2019.

Since then, the singer and his family, including his nine-year-old daughter London and seven-year-old son Lincoln, have been open with fans about their grieving and healing process.

Now, Granger’s ready to share a happy piece of news with the world: He and Amber are expecting a baby boy in August. The couple announced their good news on their YouTube channel, explaining that they would also being sharing their experience during an interview on CBS This Morning on Friday.

“[We want to spread] a message of hope, restoration, faith and redemption. Because that’s what this story is for us,” Granger said.

The Smiths also shared a video of all the members of their family together, each sharing a message with River. “Dear River, because of the life you lived, we’ve grown closer to God,” Granger says.

“And God gave us a miracle,” Amber continues. “Sweet Riv, because of the life you lived, very soon, you’re going to have a baby brother.”

Granger began work on his most recent double album, Country Things Vol. 1 and Vol. 2, in early 2019. Everything changed with the tragic loss of his son, but in the wake of River’s death, he slowly returned to music-making with the perspective that writing the songs was a healing outlet.

The Country Things project is a spirited look into Granger’s family life, state of mind and, of course, all things country.

“Feeling Things”: Ingrid Andress to set out on headlining tour in US and Europe

Dierks Bentley loves singing with his kids, but he’s not pushing them into the music business