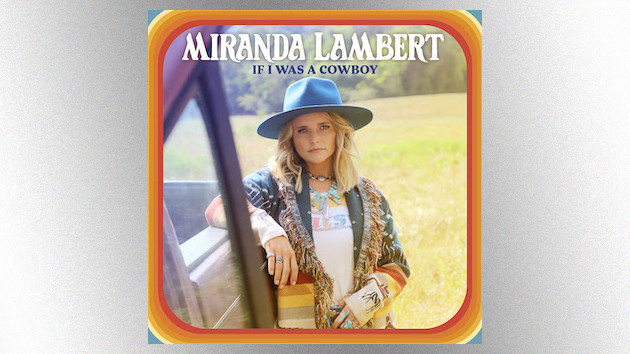 Miranda Lambert is kicking off a new musical chapter on Friday, with the release of her dreamy, mid-tempo new single, “If I Was a Cowboy.”

The track paints a picture of life out on the open plains in the West, chasing freedom on horseback and seeing the world from under the brim of a Stetson hat.

Miranda co-wrote the song with acclaimed Nashville producer Jesse Frasure, whom she met earlier this year while working on a very different kind of project: The dance remix of her song, “Tequila Does.”

Both creators behind “If I Was a Cowboy” had to dig into their imaginations to write the song, Miranda explains, as neither of them have much personal experience with the Wild West. “It’s funny, he’s a Detroit boy, and I’m an East Texan, but somehow we wrote a song about the Wild West together,” she notes.

“If I Was a Cowboy” hits radio next week. In addition to gearing up for new solo music, Miranda recently announced that her band The Pistol Annies — also featuring Angaleena Presley and Ashley Monroe — will have a new Christmas album out this year.

Brett Eldredge on the Glow Live Tour, and the spirit of Christmas: “It’s always been in my heart”