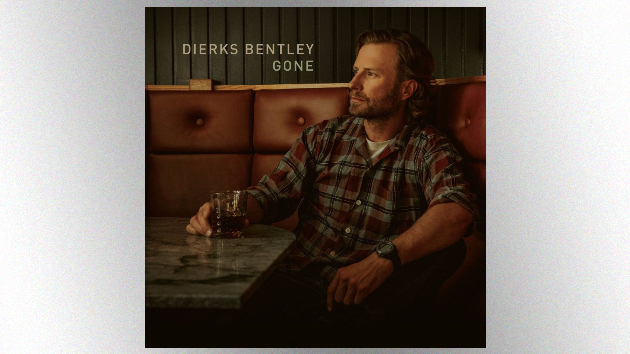 As Dierks Bentley works on his tenth studio album, the Arizona native’s been splitting time between Nashville and his home in Colorado.

While not everyone loves that writing sessions via Zoom have become a necessity because of COVID-19, Dierks is embracing the efficiency of it.

“Nobody wants to be on Zoom any longer than they have to be, so I think it forces songwriters to get after it,” he explains. “So I’ve really enjoyed it, been writing a lot of great songs.”

“But as always, when I’m trying to make a record, you know, I just want to pick the best two-by-fours when you’re making a house, whether you made ’em or not,” he adds.

That’s why Dierks decided to go with the outside cut, “Gone,” as the album’s lead single.

“When it came time to go cut some stuff, this song just kind of rose to the top,” he says. “And I gravitate towards it because I love the title. I love [the] good classic country wordplay of ‘ever since you left, I’ve been gone.’ But he actually hasn’t gone anywhere.”

“I feel like I’ve been gone,” Dierks reflects. “I feel like we’ve all been gone. So it touches on a little bit of the idea of what’s been going on here with COVID, but it does it in a metaphorical way through a relationship… I don’t think anybody wants to hear anything too directly written about what’s happening right now, it’d be too depressing… But I just love the groove, I love the way it feels.”

So far, Dierks hasn’t revealed the title or release date for his follow-up to 2018’s The Mountain.

A taste of her own medicine: Dolly Parton gets COVID-19 vaccine