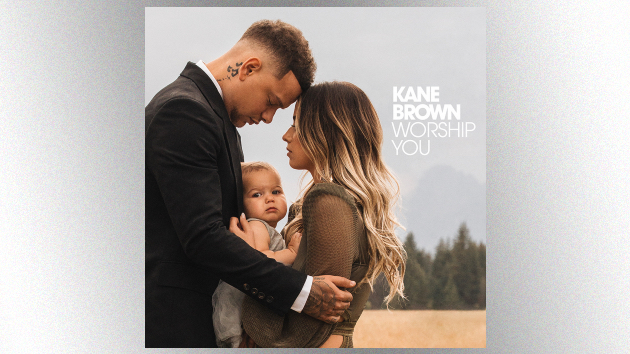 When Kane Brown came up with his latest hit, “Worship You,” he admits he and his co-writers weren’t necessarily on a hot streak. But once they found their inspiration, they were off and running.

“When we were writing it, we really didn’t know what to write about. I think we tried like four different songs before we wrote that song…” Kane recalls. “But I remember us writing it. It came, you know, so fluent. We actually wrote it pretty fast.”

Perhaps it’s only fitting that writing a song titled “Worship You” should be a bit of a religious experience.

“It was everything. It just felt right,” he adds.

And once it was finished, Kane was obsessed.

“It’s just one of those songs that I’ve listened to — when I first wrote it, I listened to it a hundred times,” he admits. “I was just like, ‘This is the song. This is it. This is it.’ And then [producer] Dann Huff did his magic on it.”

Of course, “Worship You” was inspired by Kane’s wife Katelyn and his daughter Kingsley, who both star in the song’s music video.

A taste of her own medicine: Dolly Parton gets COVID-19 vaccine