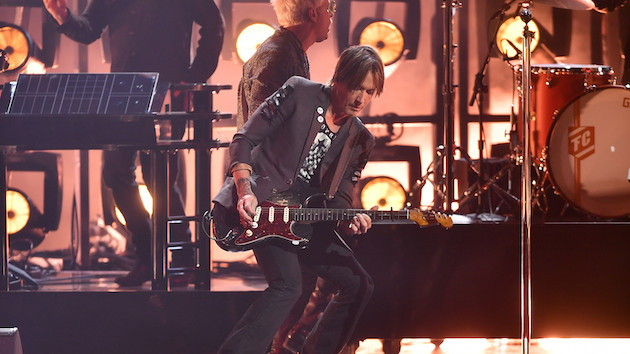 When Adele abruptly hit the brakes on her Las Vegas residency last month, Keith Urban was there to pick up the vacant dates at the Colosseum at Caesars Palace.

The country star — whose Keith Urban Live – Las Vegas residency launched in 2020 and resumed in 2021 after a year plagued with pandemic-related postponements — says he added five new dates in March and April when he heard that the venue was scrambling to fill the show slots.

“We got a very panicked call one night, asking if we could fill in a bunch of shows and it worked out perfect,” Keith tells People (The TV Show). “We were able to do it.”

Those dates are March 25, 26 and 30, plus April 1 and 2. Keith already has residency dates at the Colosseum planned for late May, so he’ll spend quite a bit of time in Vegas this spring.

In the meantime, he’s continuing to work on new music. Keith released the music video for his 2021 single “Wild Hearts” earlier this week, and he hints that more new material might be ahead — though he can’t say much about it quite yet.

“I’ve got a good [collaboration] in my mind, so hopefully we can pull that off,” the singer hints, when asked if there are any big duets in the offing for his next project.

Mickey Guyton’s patriotic Super Bowl look was a call-back to her debut album, ‘Remember Her Name’

Bottoms up: Thomas Rhett adds a second tequila to his Dos Primos brand

“Damn Strait”: George Strait’s a fan of Scotty McCreery’s musical tribute to him