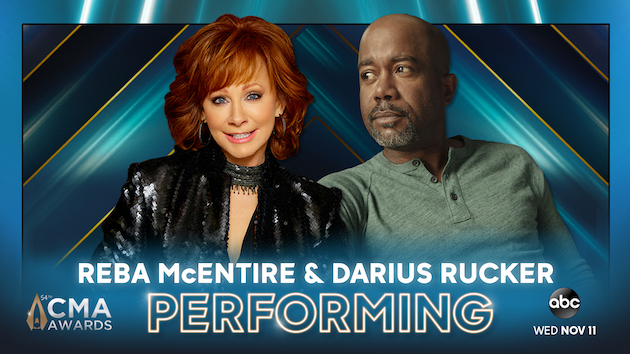 Ahead of tonight’s show, the CMA has revealed that Kelsea Ballerini will take the stage at the 2020 CMA Awards to perform her new single, “hole in the bottle.” She’s the final new performer to be announced.

That song comes off of Kelsea’s self-titled third studio album, which first came out in March. A few months later, in September, Kelsea dropped an acoustic, introspective re-imagined version of the project, titled Ballerini.

But Kelsea’s addition to the program isn’t the only surprise the CMA had in store: They also revealed more details about co-hosts Darius Rucker and Reba McEntire’s performance on tonight’s show.

Darius and Reba will debut the world premiere performance of their version of “In the Ghetto,” a tribute to the late performer and songwriting legend Mac Davis, who died in September. The Lubbock, Texas native was a successful crossover artist who penned hits for Elvis Presley, including “A Little Less Conversation” and “Don’t Cry Daddy,” as well as “In the Ghetto.”

But the co-hosts’ rendition of the song isn’t limited to a big awards show moment. They’re also releasing the recorded version, which will be available tonight at midnight ET following their performance.

The 2020 CMAs will kick off on Wednesday night at 8PM ET. You can watch the show on ABC.

“Things a Man Oughta Know”: ‘Sayin’ What I’m Thinkin” is more than an album title for Lainey Wilson

“Tequila on a Boat”: Dustin Lynch and Chris Lane dream up a perfect summer day in their new duet