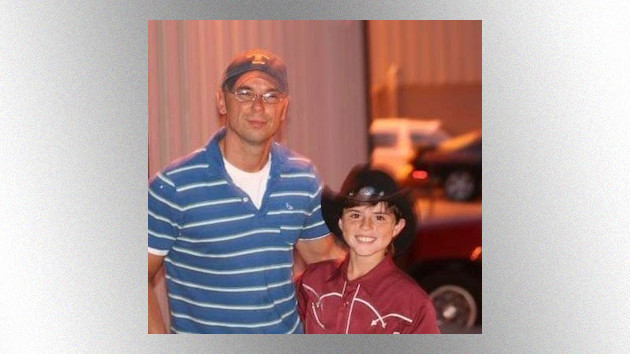 Kenny Chesney has a Top 5 hit on his hands with his current single, “Happy Does.” But for one of the song’s writers, Greylan James, the song is more than a radio success: It’s a full-circle moment that he can trace back to when he was a little kid.

At five years old, Greylan — who shares a hometown with Kenny — dressed up as the country superstar for Halloween, complete with straw cowboy hat and acoustic guitar in hand. Six years later, he even met his country music hero while playing banjo at a benefit show outside of Knoxville, Tennessee.

“I’d just gotten my first C, and I’d told my dad, ‘I don’t need school, I’m gonna be a country star,’” Greylan remembers, going on to say that he got some advice from Kenny that stuck with him that day.

“Kenny looked me in the eye. He said, ‘Here are my two things: Stay in school. Learn how to write songs,’” Greylan continues. “And I really took that to heart!”

The years he spent honing his songwriting skills paid off later, when Kenny selected “Happy Does” to include on his 2020 album, Here and Now.

“When I heard the song, it was so positive and felt so happy!” The singer notes. “You couldn’t not smile listening, and I felt like the world needed a little bit of that right now. To me, it was everything I was raised on — and it turns out Greylan was raised on the same stuff, too.”

“Happy Does” is at the number-two spot on Billboard’s Country Airplay chart. Greylan wrote the song alongside Brock Berryhill, Brad Clawson and Jamie Paulin.