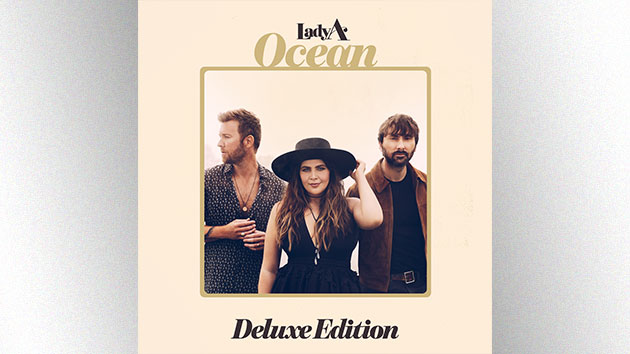 Lady A is heading back into the Ocean.

To celebrate the one-year anniversary of their chart-topping album, Lady A will release a deluxe edition featuring six new songs, including “Heroes,” a collaboration with Thomas Rhett.

The project also features the unreleased song “Underwater,” along with live versions of the number-one hit “What If I Never Get Over You,” recorded at famed Nashville club 3rd and Lindsley, and “Let it Be Love.”

Fans will also get a double dose of “Champagne Night,” the trio’s current single that they selected during an appearance on Songland this year.  The album boasts both the original version and a Tiki Bar rendition.

“It’s crazy to think this album is only turning a year old because it has already been part of so many moments for us as a band,” says Hillary Scott of Ocean. “We wanted to share our appreciation with our fans with a couple of never released tracks we thought they might like and put a spin on some others that have been fun to play around with during quarantine.”

Ocean Deluxe Edition will be released on November 20.