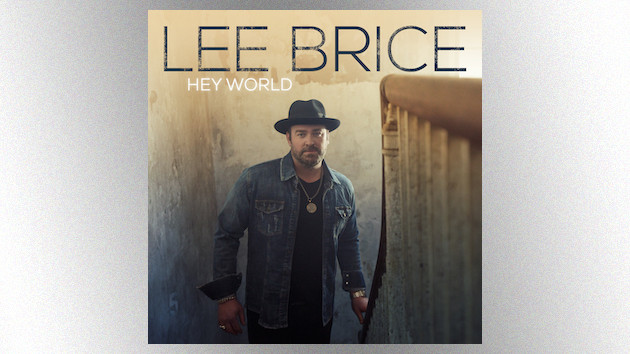 As Lee Brice nears the release of his new album, Hey World, the singer is sharing two more tunes off the project.

Those are the steamy “Do Not Disturb” and the playful, R&B-flavored “Soul,” two love songs that celebrate time spent alone appreciating someone special. It’s a pivot from some of the other tracks on his Hey World project, such as its searing and sorrowful title track piano ballad.

“Soul,” on the other hand, dips its toe into Motown influences, with lyrics that offer a near-religious appreciation for a love interest’s beauty.

“And I’ll be singin’, holy mother of Moses / I just wanna buy you roses / Open every door that closes / Kiss you from your head to your toeses,” Lee sings in the playful chorus. “I like your soul, baby / You got that heart made of gold, baby / I’m gonna love you ‘til I’m old, baby…”

Due out on November 20, Hey World includes previously released tracks such as Lee’s chart-topping “One of Them Girls” and his duet with Carly Pearce, “I Hope You’re Happy Now,” which also reached the top spot on country radio after Carly dropped it as a single.

Lee will celebrate Hey World’s release with a livestream event on Facebook Live and YouTube Live on November 20 at 7:00 p.m. ET. During the free virtual release party, Lee and his band will perform songs off the new album as well as sharing stories behind the songs and giving fans a peek into the album-making process.

Before then, though, the singer’s got another big performance coming up: He’ll take the stage at next week’s 2020 CMA Awards.