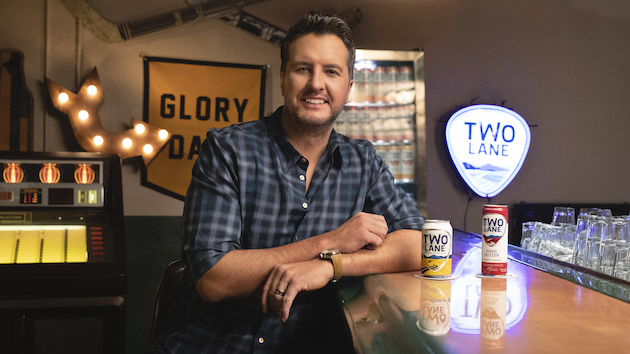 Back in early 2020, Luke Bryan officially announced a signature beer in partnership with the high-end beer, wine and spirits company Constellation Brands — and now he’s expanding the brand.

Called Two Lane American Golden Lager, Luke’s original beer was named for the hometown back roads that so often make an appearance in his songs. During the pandemic, Luke paused production on his Two Lane lager, but now, it’s back in stores across the southeast.

Plus, there’s a new addition to the Two Lane line: Fans in Luke’s home state of Georgia were the first to try his new Two Lane Hard Seltzer.

Available in four warm-weather flavors — Cherry Limeade, Peach Tea, Blueberry Lemonade and Watermelon Punch — Luke’s hard seltzer line has now expanded out of Georgia, and thirsty fans can pick it up in a variety of locations.

From the seltzer flavors to the Two Lane name itself, Luke’s new beverage line speaks to the southern values closest to his heart, and the singer says that’s no accident.

“It’s no secret that I love a good time, and I’m also deeply connected to my roots,” he says. “Two Lane has found the perfect balance, combining my celebratory approach to life and my connection to home.”

For more information on the beverages and where to find them, visit Two Lane’s website.

Trisha Yearwood launches her own Pet Collection, inspired and tested by her beloved rescues Emmy and Millie