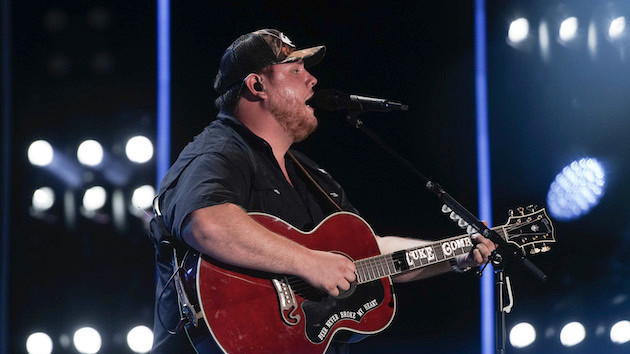 Luke Combs will be taking the virtual stage next week for a conversation with his fans and a livestream performance of some of the songs off his new deluxe album, What You See Ain’t Always What You Get.

The stripped-down show comes courtesy of Amazon Music, and will kick off Friday, November 6 at 1PM ET. You can tune in via Amazon Live.

“This album means a lot to me and I’m excited to be teaming up with Amazon Music to sing some of the new songs and hang out with my fans,” says Luke. “Should be a really fun time!”

Luke’s livestream performance comes at the end of yet another banner year for the rising superstar. This month, the deluxe edition of his 2019 album took the singer to the number-one spot on Apple Music’s U.S. Top Albums chart. That’s a feat he achieved last November, too, when the album’s first iteration dropped.

What You See Ain’t Always What You Get had a big opening day at Spotify, too, racing up the streaming charts and pulling in the highest number of first-day streams for a country track by a solo artist for the project’s “Forever After All.”

The project is up for Album of the Year at next month’s CMA Awards show, where it’s responsible for one of Luke’s six nominations. One of those is his first-ever mention in the coveted Entertainer of the Year category.

No “Broken Heart” for Maddie & Tae, as they celebrate their hit single’s new double platinum status