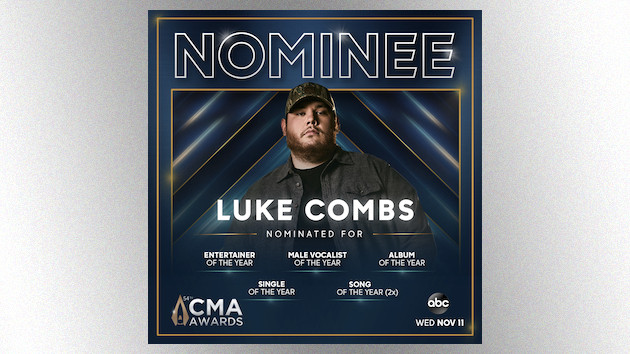 2020 has been a huge year for Luke Combs, and it just keeps getting bigger. At the 2020 CMA Awards, the singer is a first-time nominee in the coveted Entertainer of the Year category.

But Luke says he’s not letting himself imagine what it might be like to win the trophy, especially because the competition in the category is so fierce. Eric Church, Carrie Underwood, Keith Urban and Miranda Lambert are all in the running alongside Luke, which he admits is a little “intimidating.”

“I’m in there with some people I would consider heroes of mine,” the singer points out. “You know, as songwriters and artists and people who I view as, you know, a heck of a lot more talented than me.”

Still, no matter what happens when the winner is announced, Luke believes that just being nominated in the category is worth celebrating.

Luke’s Entertainer mention is one of six nominations he nabbed at the CMAs. He’s also up for Album, Male Vocalist, Single and Song of the Year.