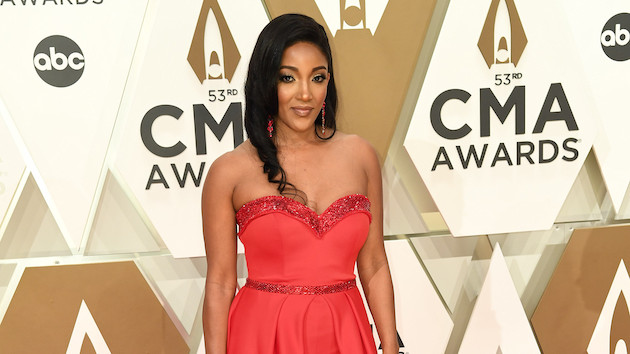 Last weekend’s Grammy Awards performance introduced a new group of viewers to Mickey Guyton, who performed her searing ballad, “Black Like Me,” during the telecast. Now, Mickey’s reaping the benefits.

According to MRC data collected by Billboard, Mickey’s single sold 1,6000 copies after the awards show. That makes her one of the artists with the biggest post-performance sales jumps, a whopping 13,225% increase from her numbers the day before the show.

“Black Like Me” received an overall tepid response from country radio stations after it was released last summer, at the height of Black Lives Matter protests following the death of George Floyd. Mickey’s single failed to chart, and she’s not alone: According to a newly-released study examining representation across the format, songs by women of color made up only 2.7% of country radio airplay between 2000 and 2020.

However, in the wake of her Grammys appearance, Billboard reports that her label, EMI Nashville, has partnered with Universal Music Group’s Republic Records to promote “Black Like Me” to adult contemporary stations. Mickey’s song is getting a new version for its new radio treatment, dubbed “Black Like Me (Our Voices).”

Carly Pearce was “fearful” no one would let her release “29”

Reba McEntire thanks firefighters after rescue from old building