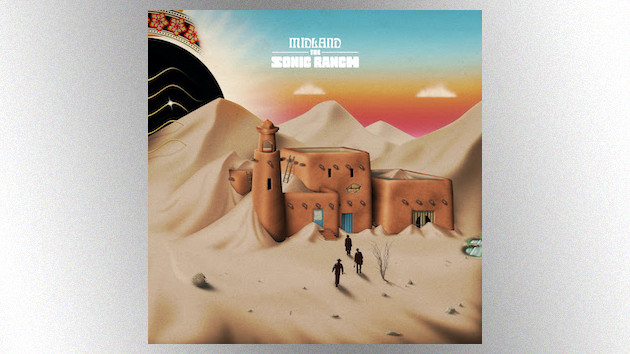 The country trio known as Midland — made up of Mark Wystrach, Cameron Duddy and Jess Carson — are taking fans behind the scenes of their early days with a new documentary, called Midland: The Sonic Ranch.

In the film, the three performers will share their earliest bonds and what led them to form a band together. It all started when acquaintances Mark and Jess reconnected during Cameron’s wedding, initially bonding over their mutual love of throwback, vintage country. In the midst of an era where “bro country” reigned on the radio, it was a style that seemed to be dying out.

While it was Mark and Jess who initially decided to book some time together at Sonic Ranch, a studio located in the middle of an operating pecan orchard in Tornillo, Texas, Cameron ultimately tagged along and organically became the third member of the group.

“We weren’t 100% when we walked in the door, beyond Mark and Jess were going to record these songs and see what this sound really was,” Cameron remembers. “By the time we walked out, all three of us knew this was a sound that didn’t exist, and it was a kind of country music we really loved.”

Midland: The Sonic Ranch will premiere on CMT on March 19. You can pre-order the soundtrack now.

Dustin Lynch, Old Dominion + more will take the stage during Season 10 of “Front and Center”

With “emphasis on music and fun,” Dierks Bentley can’t wait to hit the road with Parker McCollum & Riley Green

Reba McEntire gets in on the “I’m a Survivor” TikTok trend, with help from a pair of ungrateful donkeys