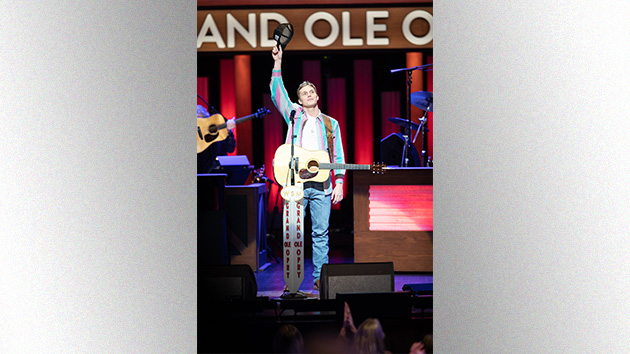 In addition to performing his #1 debut single “Pretty Heart” and delivering a cover of Jerry Lee Lewis‘ “Middle Aged Crazy,” Parker was also surprised with a plaque commemorating platinum certification of “Pretty Heart” by the RIAA.

“Playing the Grand Ole Opry for the first time and dreaming about playing country music for a long time, it is an unbelievable feeling to stand right here and sing my song for you guys,” Parker professed, standing in the sacred Opry circle after performing “Pretty Heart.”

Parker was invited to make his Opry debut by Dierks Bentley, who was also part of the Saturday night lineup.

“Pretty Heart” is featured on Parker’s EP Hollywood Gold, which reached the top 10 on the Billboard Top Country Albums chart in October.