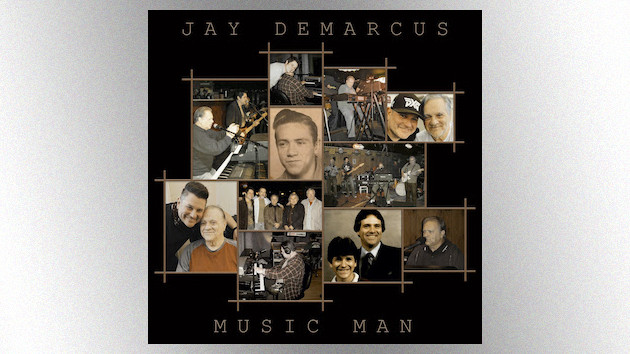 Rascal Flatts band mate Jay DeMarcus shares an emotional and deeply personal tribute in his new solo song, “Music Man,” which was written in honor of his late father.

In October of 2020, Jay shared that his dad, Stanley Wayne DeMarcus, had died. He explained at the time that his father was a “musical hero” to him, recalling that it was the elder DeMarcus who taught him early lessons about playing instruments and being onstage.

After his father’s death, Jay says, he felt moved to channel his love and grief into this tribute song.

“Naturally, losing my father was a huge, life-altering moment, but being able to sit down at the very piano he taught me on has been so comforting to me,” the singer explains. “The night he passed, I sat down at that piano, and the lyrics to this song just poured over and spilled out of me.”

Jay adds that he’s grateful for the close bond he shared with his father throughout their time together.

“Music was such a strong bond between us. It kept us close, while the miles and the years kept us apart,” he reflects. “It’s clear to me now that life is never going to be the same after losing a parent, but I’m so grateful for the memories and the legacy he’s passed on to me, and he will forever be my ‘Music Man’.”

“Music Man” was written, produced and sung by Jay alone. He also played every instrument on the track.