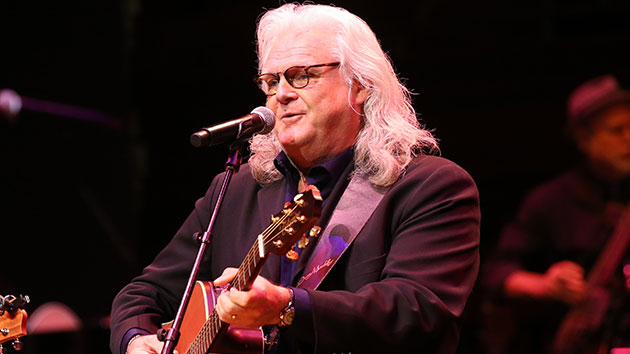 Country and bluegrass legend Ricky Skaggs is opening up about a scary health situation he dealt with back in June.

After months of noticing that he got winded more easily than usual, the Hall of Famer and his wife, Sharon, were planning a family visit to North Carolina. The day before they were set to depart, Ricky got a call from his doctor explaining that his last visit had revealed some concerning symptoms that needed further investigation.

Ricky explains to People that originally, he considered putting the appointment off until after his trip. But before he could vocalize that thought, he remembers, “it was like I saw the Lord with a jeweler’s eye glass on. He was peering at me, but never said a word. But just by His look, I knew He was saying, ‘Absolutely no.’”

With the confidence that God was telling him he needed to take care of his health right away, Ricky went in for the appointment, and underwent a quadruple bypass in Nashville four days later.

“It was a major blessing I didn’t have a heart attack,” the “Country Boy” singer adds. “Nothing was hurt, and nothing was destroyed or irreparable. It was just by the mercy and grace of God that all of this happened in this way.”

Ricky spent four days in the hospital, surrounded by his family. Now, he says he feels “150%” better than he did before the surgery. Plus, he’s found renewed perspective on the importance of taking care of his health.

“Don’t put off tomorrow what you can do today,” Ricky advises. “That surgery gave me a brand-new heart. Not only a real heart, but a spiritual heart that has been cleaned out, so I can hear Him better than ever before.”

Lady A premieres “Things He Handed Down,” co-written by Thomas Rhett

“Things a Man Oughta Know”: ‘Sayin’ What I’m Thinkin” is more than an album title for Lainey Wilson

“Tequila on a Boat”: Dustin Lynch and Chris Lane dream up a perfect summer day in their new duet

“Memorize You”: Laine Hardy gears up for a hot summer with his beachy new love anthem