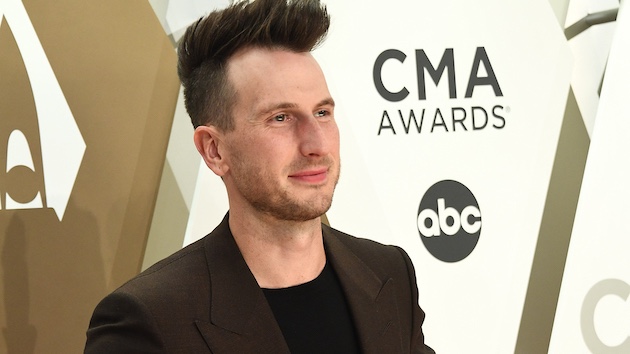 When Russell Dickerson put out his new album, Southern Symphony, he paired the project with a unique album experience video, which featured a snippet of each song on the record paired to a larger, cohesive visual element.

Now, the singer is sharing a video explaining how he came up with the idea for the video, and how he managed to tie his songs together.

“The Southern Symphony experience started as the tiniest little idea of, I wanted to just combine the entire album into one video,” he says at the start of the clip. “So from top to bottom, every single song, one clip, that’s all I wanted.”

The singer brought his idea to director Spencer Combs, who had the idea to use an old Nashville motel as the backdrop of the video. The location’s different rooms and different characters all correspond to different songs on the album, Russell explains.

In one moment that the singer describes as his favorite to shoot, the story line turns to Russell and his real-life family — his wife Kailey and baby boy Remington — as they check into the motel and head to their room to get settled.

“When ‘Home Sweet’’s playing, it’s me, Kailey and Remington, and we fall back on the bed, and the camera continues through the wall,” he recalls, describing a moment when the focus shifts to the next room in the motel. “The sound fades out, and there’s this girl [in the next room over] on her phone.”

“That to me is when it goes from kind of a music video to full-on cinema, Hollywood production,” Russell adds.

Southern Symphony is Russell’s sophomore album. It arrived in December.