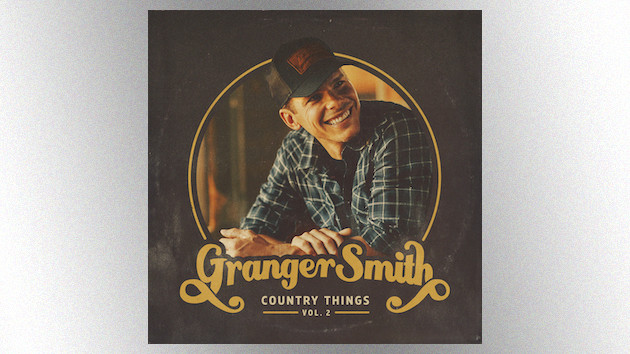 Last month, Granger Smith unleashed his Country Things Vol. 1, the first half of his tenth studio album. But the singer’s not done: He announced plans on Friday to drop the second leg of the double album on November 27.

Like the first half of the project, Country Things Vol. 2 will consist of eight tracks, rounding out a body of work that Granger says scales the highs and lows of a life spent doing — well, country things.

As for what those “country things” are? A handful of lucky fans will get the chance to find out up-close and in-person, as Granger launched a contest this week offering five listeners a chance to visit his Yee Yee Farm in Texas. Of those five, one big winner will walk away with the prize of Granger’s own personal truck.

The contest runs through December 4 at 11:59 PM CT, and every $1 spent at the singer’s lifestyle brand, Yee Yee Apparel, will count as an entry. For more information, and to learn what the phrase “Yee Yee” really means, visit Granger’s website.